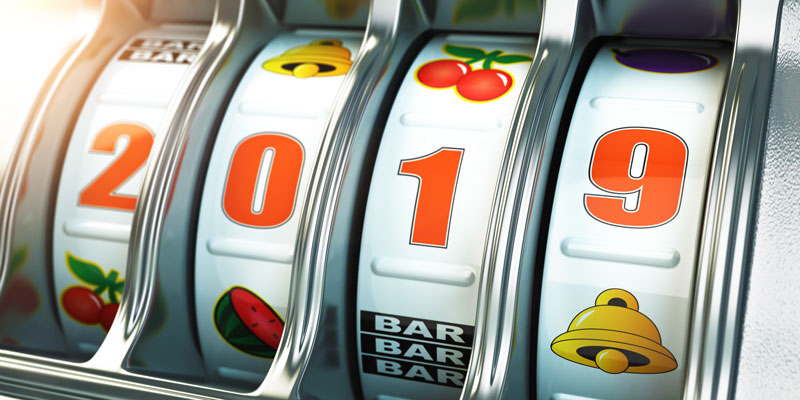 The never-ending race between software developers resulted in a wide variety of choices, both good and bad. But those are the qualities of a good, growing market — constant innovations and an array of choices. We can only conclude that playing slots online has never been more thrilling than it is today.

In 2018, we were treated with some incredible titles such as Guns n’Roses and the Book of Dead which are surely going to be players’ first choice for the years to come. But software developers continue to spoil us, and in 2019, we have received fresh titles with astonishing graphics and tempting promotional offers included. Let’s have a quick breakdown of the three most attractive slot machines this year has to offer.

After a five-year break, the beloved outlaws decided to return! We hope that you are familiar with the title and that there is no need for the extensive introduction of the original. This Wild West-themed slot provided a truly immersive experience and took players back to the 20th century on a real western adventure. The characters remained the same with a few improvements, so now you can look forward to Billy the Kid, Belle Starr, and Jesse James taking you to their Western village.

The developer has decided to keep the same pay symbols to make sure that players know what to expect. The higher rewarding symbols remained a whiskey bottle and a glass, a handgun and a sheriff’s star. The rest of the deal was kept the same too — it is a five-reel slot with nine fixed paylines. You can count on a good RTP of 96.8% which is the same as it was in the previous version. The Autoplay and Quickspin button are included for the most exquisite gaming experience. So, what about other slot features?

If you are lucky enough to get the wild symbol, you will be presented with a wanted poster that shows one of the main characters. The scatter symbols are displayed as a pair of colts, and you will need to get at least three of them to trigger the bonus and get one step closer to the winning combination. Each of the free spins bonuses comes with its own wilds and multipliers in this high-volatility slot, and they are given as Old Saloon, High Saloon, and Train Heist which is the newest addition to the slot. In three bonus rounds (that cannot be re-triggered), you will have the opportunity to hit the sticky wilds in the Old Saloon or land a sticky multiplier wild in the High Noon Saloon.

With all the improvements, this machine is filled with suspense, and it is praised as a worthy sequel to the epic original. Wish you all the luck with chasing the wilds on this epic slot.

Big Time Gaming decided to immortalize this amazing hit that stormed the globe and top charts with this set of reels. Apparently, this developer is into rock music themed reels since their Danger High Voltage has proven to be a success.

Now, This is an interesting slot that offers an actual countdown of the space rocket launch, but in the second part of this popular online slot game, players can see a recreation of the stage the band Europe performed on. The main visuals are done in a sci-fi manner with the rocket and its countdown in the back, but the launch pad is presented as a concert stage with the hit smashing in the background.

This powerful slot offers 4,096 chances to win and comes with a 96.56% RTP. As for symbols, the lowest are royal card values 9–A, along with blue, red, and green gems. If you hit the purple gem, you’ll be rewarded the most. The scatters are designed to represent the Final Countdown logo, while the wild symbol is presented as a blond lady. In free spins, you can expect wild symbols to be replaced with both male and female astronauts giving you the best rounds ever. The developer included the Reel Clone feature that duplicates your emblems across the reels, while the Clone Wilds delivers a set of multipliers of 4x, 27x, and 56x.

The Final Countdown slot might be the most prominent Big Time Gaming’s release of the year. The theme is fully engaging, and the features promise to give you a fantastic rock experience as well as the possibility of big wins. So, enjoy this bold title and get ready for a takeoff!

The cooperation between 20th Century Fox and Net Entertainment brought brilliant 3D graphics in this 3-reel slot recreation of the 1986 cult movie starring Sigourney Weaver. This movie continues to inspire the crowd from all parts of the world, and it is still highly appreciated.

This dramatic experience is spiced up by amazing characters starting with ten Alien symbols that are gradually aligned, and the highest symbol can bring your 1,000 coins for a five in a row. If you hit the Alien egg, expect that it will bring you five on a payline. As for wilds, the Weyland-Yutani Corporation logo is used, and it can pop up on reels from 2 to 5.

What attracts players the most is the fact that the game is divided into three different levels. While you’re in the first one, the Search level, your goal is to collect as many symbols as possible and fill the activity meter with the highest multipliers. When you do, you are moved to the Encounter level where Aliens attack you, and you have one goal only — find the Queen Hive. This is when your multipliers come in handy since now they contain ammo symbols which can be useful in your fight with a bunch of Aliens. Once you get to the Hive level, you receive 5-re-spins and a possibility of killing the Queen with just one grenade. If you succeed in doing so, you could be rewarded with 570,000 coins for your effort.

This is one of the most visually impressive online casino games in 2019, and you should really go for these three levels of pure, classic action!

The slot realm has a lot to offer today, from classic slots, vintage fruit machines, to truly immersive Allen experiences, so it is no wonder that top online casinos are including more and more of these popular games in their already extensive offer. Slot machines have always been appealing to both avid gamblers and occasional players, and that resulted in such a wide array of games to play.

This is precisely why you need to be up to speed. Here we listed our choice of the best titles of this year, hope we made the right choice and that you will be stunned with their engaging storyline and handsome features. Enjoy!